With today being President's Day, I wanted to share a very unique piece of my collection.  This book, "Lincoln - Prophet and Patriot" was written by local dentist Dr. Bernard J. Cigrand (1866-1932). 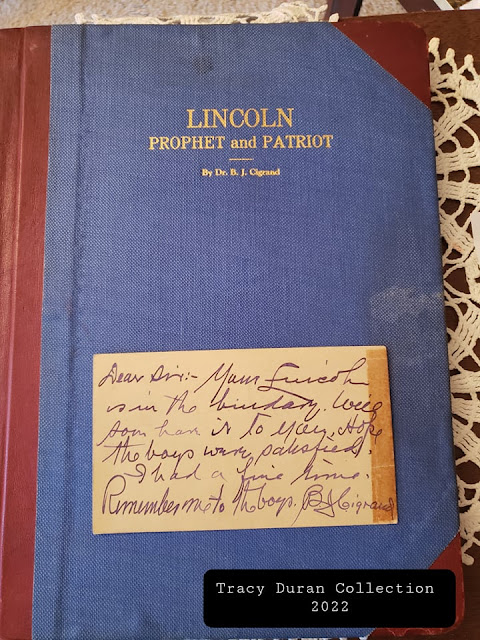 The book was self-published in 1925. Dr. Cigrand is best known ad "The Father of Flag Day" for his 30 years of advocacy leading to President Woodrow Wilson declaring the holiday in 1916. This book is an assemblage of Dr. Cigrand's  writing and poems in Lincoln's life and career accompanied by numerous illustrations and plates in various forms along with facsimiles and tipped in articles on newsprint.

This volume specially dedicated to his friend Floyd Eckart, an attorney residing in Woodstock, IL.  There is a signed postcard from Dr. Cigrand to Floyd E. Eckart telling him the book was at the bindery and would be arriving soon that is dated December 1, 1931... just a few months before Dr. Bernard Cigrand passed away on May 16, 1932.

Many of the illustrations are also tipped in. Copies of the book are also in the following collections: Brown University, University of Illinois Library (who also holds Dr. Cigrand's papers), the Chicago History Museum, the University of Chicago Library and the Abraham Lincoln Presidential Library. 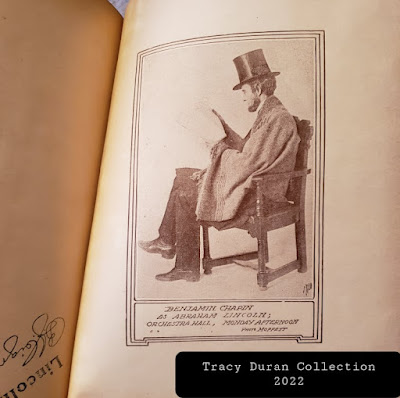 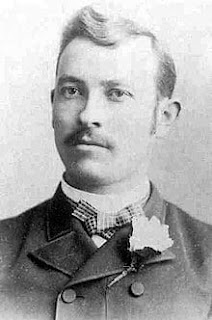