When a Bond Girl Arrived at the Sky Club!

When a Bond Girl arrived at the Sky Club!

Back on May 1, 1941, defense bonds went on the market. After the attack on Pearl Harbor on December 7, 1941, the name was changed to war bonds. These bonds were available in denominations of $25.00 through $1,000 and were designed to be affordable for everyone. For 10 cents, people could purchase stamps, which were placed in special War Bond Stamp Books.

Bonds helped to reduce inflation by redirecting demand away from consumer goods, most of which were in short supply due to the shift to wartime production and the decreased availability of certain strategic raw materials. The bonds decreased the likelihood of civil unrest by making the government a debtor to as many people as possible. But... you're not here to learn about bonds... you're here to see who the Bond Gal was!

Some of the famous Hollywood actors took it upon themselves to fight the good fight, such as Clark Gable, Jimmy Stewart and Jackie Cooper.

Hollywood took this moment to also utilize their actors and actresses that were not able to participate in the war by having them travel throughout the U.S.A to promote and sell war bonds. Actresses such as Shirley Temple, Rita Hayworth and Marlene Dietrich tried to do their best by bringing up the morale for the soldiers and the people behind the scenes helping out the war effort.

Many actors and actresses such as Rita Hayworth, Hedy Lamarr and Dorothy Lamour traveled across the U.S.A. selling war bonds.

Still wondering who this famous "Bond Girl" was that came to the Sky Club, 20 stories on top of the Leland Hotel??

The "Bond Girl" in question... she traveled a lot with two famous actors. One was a crooner and the other was a comedian... in the famous movies "Road to..." movies!

Ok, just some background on this find (collective sigh from you all). 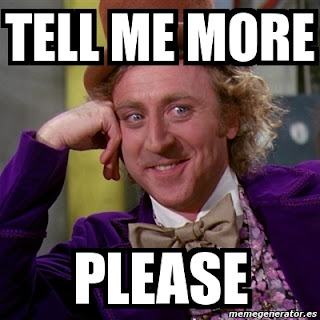 This invitation/letter was found in the Aurora Regional Fire Museum archives. It is addressed to Mr. William Wilkening and it is inviting him to a party at the Sky Club at Leland Hotel... in honor of...

Dorothy Lamour had used her glamour to sell war bonds and turned her charm on Aurora on a rainy Saturday on September 16, 1942.

She flew in from New York City to Aurora, where she was selling war bonds like crazy. She actually sold more war bonds than any other Hollywood actress!

According to a Beacon-News article of her visit, she arrived at the Aurora city limits at 11:45 am Saturday September 26th. It was a rainy day but they didn't let the gloomy weather sway the excitement of her visit.

She was greeted by Mr. Eugene Casper, assistant state director of the war bond staff, Martin R. O'Brien of WMRO, Earl T. Weeks and Harry Park along with a squadron of police both local and state.

She was whisked to the city hall where Mayor Andrew J. Carter offered her a key to the town. A platform was erected on the steps of City Hall and she spoke to Aurorans over a loudspeaker system tied in to WMRO who broadcasted the program.

Dorothy told the crowd about what their war saving stamps and bonds were doing for the boys fighting the fight of America for free men 'round the world, and dying too, for the right of land and liberty.

"I've seen the boys caught at Pearl Harbor - boys I met and joked and played with two summers gone. There are a lot of them in west coast hospitals I've visited. Some of them are armless, some are legless, and some have bandages over their eyes. Remember your bonds are buying them arms, legs and sight. We shouldn't set a limit on what we spend for bonds. Ten per cent? It ought to be a billion percent!"

Later on at 1:15 p.m., a luncheon in the Leland Sky Club where 150 invited guests which included both businessmen and shop men sat down to a $2 plate. She then treated the men to a speech, "Aurora is like old home week to me for I used to live in Chicago 10 years ago and I often visited here. Then it was fun. It is fun now also but it is different. We are at war. It's a grim business and we have a grim job. Our boys are doing it for us around the world. It remains for us to do our best for them at home."

Come to find out, Dorothy was not listed to visit Aurora, we were originally going to get a visit from Rita Hayworth but with the strenuous scheduling, she suffered a breakdown and had to cancel, then Miss Dorothy Lamour stepped in!

After the luncheon, and many handshakes later, she and her entourage drove off to their next rallies in Elgin and Oak Park.

And this was when a Hollywood "Bond Girl" came to Aurora, IL!