Here we are. The grand opening of Leland. The biggest party of the night if not the year! The biggest and best hotel around! 22 stories of luxury and pizzazz! On February 9, 1928, over two hundred guests gathered for the formal opening party in the Sky Room (later on the Sky Club). The manager of the hotel, W.H. Byron, directed the planning of the party and the dinner. The Sky room was decorated with balloons and confetti. The menu was fit for a king!

As told by B.C. Forbes, the founder of Forbes Magazine, noted economist, "I foresaw the erection of a building that would be a benefit to the city, the citizens, the visitors and all others concerned. We are therefore proud to have been associated with such an undertaking; to have worked with those others who have faith in both the present and the future of the city and who have triumphed through their adherence to this faith. We extend the best of good wishes for an unqualified success to those responsible for this achievement, as well as to the management of the Aurora-Leland, and sincere congratulation to the officials, the citizens, the visitors and all who lend themselves to the constituency of the city of Aurora."

Now, you know, it's all about the food! Downtown Aurora today is full of wonderful eateries with treats, coffee and scrumptious meals. The eight course meal (yes, EIGHT!) was fit for a Vanderbilt or a Rockefeller. The Hors d'oeuvres consisted of hearts of celery, salted almonds, stuffed Manzanilla olives, cream of fresh mushrooms and saltines.  Followed by New England lobster thermidore and stuffed roast jumbo squab with sides of brussel sprouts, pommes fondante (potatoes) and salad byronne. The finishing touch were mints, Cafe Noir, Appolinaris (German sparkling mineral water). Party favors were passed to all of the guests as well. To the men, they were given automatic pencils and for the women, they were given silver loose powder compacts.

The program of the speeches and the celebration from the hotel were broadcast over station WJJD through the courtesy of Rodney Brandon, secretary of the Loyal Order of Moose. Edgewater Beach hotel in Chicago, gave up its regular WJJD radio hour from 9pm to 10pm as a courtesy to the new hotel while the Palmer House surrendered its hour from 11pm to

midnight. Radio station WGN also co-operated by allowing the Salerno brothers to broadcast in spite of a contract they had that forbid their singing over any station other than WGN.
Other music during the dinner was furnished by the Blackhawk Orchestra, a group of young men who, having donated their services to the hotel for the evening, acquitted themselves like masters. Their vocal soloist, Harold Buckley, has sung over the radio a number of times as well as before many local organizations.
Miss Gertrude Clauss, the prima donna of "The Vagabond King" which she played opposite Dennis King, proved herself to be an especially charming entertainer. Her first selection was "Only a Rose," a song which she sang with great effect in "The Vagabond King" and which had won great popularity at the time. This was followed by another popular number, "Put Your Arms Where They Belong." She was accompanied by Joe Rudolph, whose orchestra furnished music for the dancing later in the evening.

Other entertainers for the evening were Joe Rudolph and his dance orchestra from the Edgewater Beach Hotel and WMAQ. "Doc" Davis, the famous singing violinist from the Drake Hotel. Gladys Taylor and Skip Whiteley, ball room dancers of the College Inn, Chicago, in dances including the "modern tango", Frank Papile, the Jazz Accordion Man, Miss Julia Lyons the musical comedy start featuring an oriental dance specialty.I did try to find photos of these entertainers but was not able to locate any. I'll keep researching and when I do find any extra photos, I'll post them here. 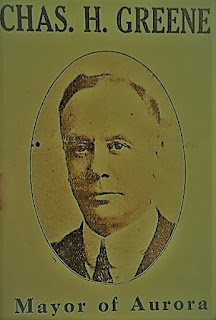 Mayor Charles H. Greene (1925-1935) then gave a dedication speech for Leland, "As mayor of this city, when I am invited to functions of this nature, it is my duty to welcome all the assembled guests on behalf of the city of Aurora.This I now most humbly do. I also take pleasure in welcoming Aurora-Leland hotel, which is to be dedicated
tonight. We are gratified that Aurora has been Selected as the place in which to erect this magnificent structure and we wish to assure you that the citizens of Aurora will do all they can in co-operating with you to make it a success." 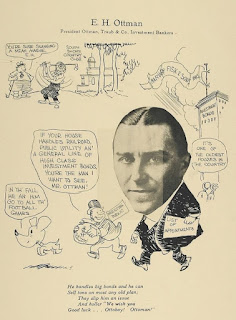 Following Mayor Greene was E.H. Ottman of the Ottman Investment Company, Chicago, which financed the Aurora-Leland hotel. "The makeup of the average human includes, in varying degrees, a pardonable sense of pride in personal achievement and I may well say certain gratification in the achievements of others. Specifically, I am pleased that the investment banking house, which I head, provided the financial backing that made this undertaking possible. Our interest in this project is real and our pride in hits completion is the result of financial participation. Primarily, it is gratifying to us that those whose idea this building originally was, have achieved their purpose for Aurora. The completion of any project of this size, especially in the smaller city, is not without difficulty. The Aurora-Leland is not an exception into the rule. There were many obstacles to be overcome. Some were material, some were of petty consequence and of little interest to the real spirit of a progressive undertaking. Each trial in turn has been met. The Aurora-Leland now stands completed--a monument to adherence to principle, out the oneness of purpose of those vitally interested in its completion. To those who were skeptical but who now see the project completed, let me suggest that Aurora is only one of a multitude of cities of approximately fifty thousand hat can boast of a new 200 or more rooms hotel., which is an addition to already erected hostelries. It is true that Aurora now has a 19 story building and is a few jumps ahead of neighboring communities. In fact, I believe Aurora now enjoys the distinction of having the tallest building in the state outside the city of Chicago. But don't forget there are only approximately two hundred rooms.

The Aurora-Leland is but one of the efforts of the city's keen spirited, forward moving citizens to provide additional comfortable commercial quarters, but is I believe the only real attempt in the last 10 years to provide additional hotel accommodations even tho the inadequacy of such as curtailed many of the city's activities. Every city has its quota of social and civic organizations. Civic bodies of Aurora, I understand, heretofore have not felt justified in putting forth much endeavor to bring conventions to this city. To these bodies, social and civic, the Aurora-Leland now offers a most complete service for holding their periodic functions."

Well, it is opened at last and we are here in this beautiful room tonight. We may feel justly proud of this hotel and I want to assure you that the people of Aurora will join hands to make it a success. The people of Aurora are always ready to support any new addition or improvement to their community and we could this hotel as such. 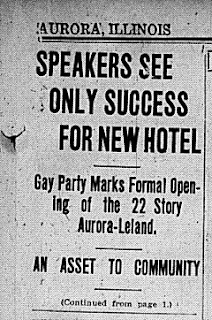 We live in the richest part of the richest nation of the world. When Chicago was built, New York was 200 years old and London was 1,000 years old. And yet today one can stand on that lake front and look at that famous sky line. They can see Michigan Avenue that busy dream and realize the fulfillment of a dream which surpassed all expectations. And yet, during the last eight years, Chicago has grown only 16 percent while Aurora has grown more than 30 percent. This is due to the ever increasing population of this district and the rapid means of transportation which allows men and women to seek home away from the busy metropolitan center. The rapid grown of the Fox Ricer valley is evidenced by the construction of this new hotel. The valley has been called the Valley of Progress and many other names while Mrs. Florence Ward of Batavia, that brilliant novelist, has suggested that it be called "The Wooded Way." Now, however, I suggest that it be called "The Valley of Hospitality"

Stay tuned for the interior photos and descriptions of Leland and the Sky Club! Coming up next! 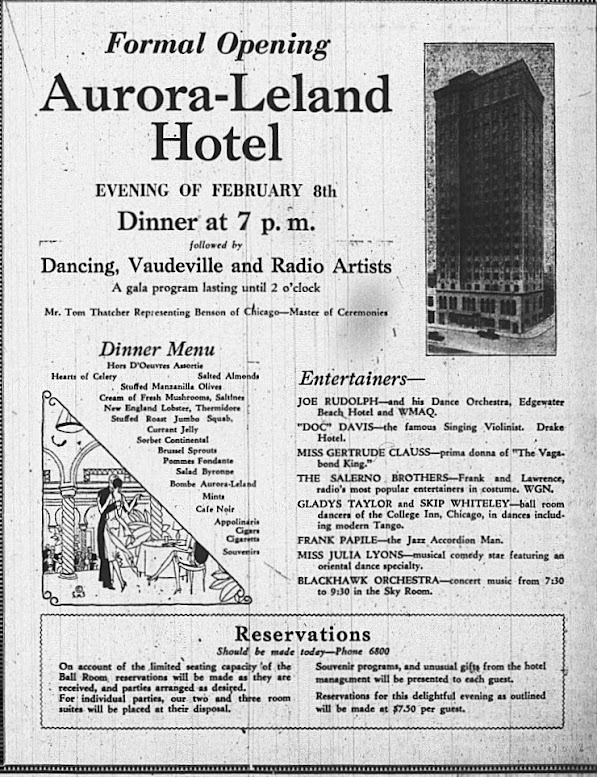