Back in June 1903, Aurora had its first visit by a presiding U.S. President.

At 12 o'clock, all traffic on the C.B.&Q. railway in Aurora stopped for the coming of the President. Ten minutes later the big iron monster engine No. 1519, decorated in the National colors and handsomely painted, loomed up in the yards and then pulled into the depot.

The special train for U.S. President Roosevelt, bearing the President and his party, pulled into the C.B. & Q. train depot promptly at 12:15p.m. For hours before the train arrived, the square around the depot was crowded with people anxious to see the President of the United States.

The President and his party were waited upon by Senator Hopkins, Mayor John Raymond and General Welch. Mayor Raymond welcomed the President and his party to the city and turned the keys of the City over to Mr. Roosevelt during his stay here. After shaking hands with a few other persons standing nearby, the President was escorted to a carriage and after the rest of the party were seated in their carriages, well over 40 in all, they drove to the home of Senator Hopkins located at the Northeast corner of Lake Street and New York Street (formerly the Aurora Savings Bank).

While at Senator Hopkins home, the President, Mayor Raymond and the Senator had lunch together along with many other notable Aurorans such as Ira C. Copley, Joseph Sherer, and most likely discussed many topics of the time. Possibly discussed that Ford fellow, you know... Henry Ford. They might have chuckled at the idea of horseless carriages.

At 1:15p.m., after a short time, and casual conversations, the President and his party left the luncheon and back to their respective carriages to commence with the parade to McCarty Park.

The parade started from the Hopkins residence shortly after 1:15 p.m. and at 2:10 p.m. they reached the east side of Center School located at Galena Blvd and Root Street (demolished in 1959) then to Oak Street School at Oak Street and New York Street (formerly located at the former Mary Todd School).
While visiting Oak Street School, which was a stop of two minutes, the President spoke to the school children who were arranged in line to listen to him. This had to have been a real treat to the children and the adults!

All along the line of the parade, the crowds cheered the president while on his way to Lincoln Park (now McCarty Park located at 350 E. Galena Blvd)

A little quick history tid-bit on McCarty Park. It was originally called Lincoln Park and the land was owned by the McCarty family. It was donated to the City of Aurora in 1835 to create a city park/town square area for the public to share. It was renovated back in 1987. 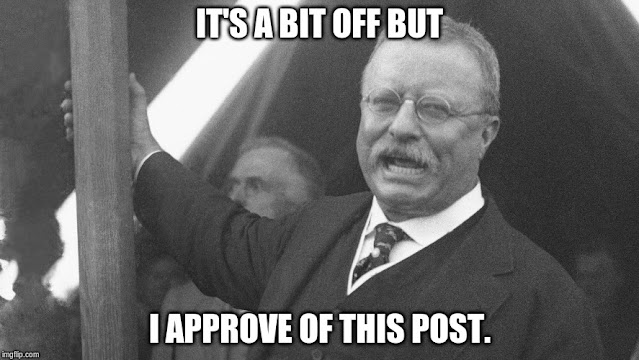 Owing to the short time remaining of his visit, he had to visit many towns this day, he stepped up and recognized his public with this speech:

"Mr. Mayor; and you, My Friends and Fellow Citizens:

I have enjoyed so much having the chance to ride through your town that but little time is left me to say more than to bid you greeting now, for I have to keep my engagements in other cities. It has been the greatest pleasure to see this beautiful city of yours, and to come to-day through this wonderful state. This state with its extraordinary agricultural and industrial resources, with a future of greatness as assured as any state in the Union. I take particular pleasure in coming here to the home of my old friend, Senator Hopkins, for the Senator and I knew one another many years ago, when I was in a position of far less influence and popularity than that of President; because I was civil service commissioner and there were a good many people whose hands were against me.

The Senator always gave me a square deal. That is fundamentally what the whole system of government is based on. Here in this city, with its merchants, its business men, its wageworkers -- I do not have to say to you that the chance of success of this republic lies in our continuing to act in the future as we have acted in the past, on the theory for which the men of the civil war fought, the theory that each man is entitled to be treated on his worth as a man without regard to aught else (cheers and applause).

Give a man a square deal, rich or poor, give him a square deal and if he wants any more, he does not deserve anything at all. (Applause)

Let me thank especially, first, the men of the Grand Army who have been the guard of honor to-day; and after seeing them march now I can understand how they marched and fought in the civil war. Then let me say how glad I am to have seen the men of the national guard here; and how pleased I am that in the last Congress, thanks to the aid of representatives like the Senator, we got through what Washington had asked and what has been asked in vain for a hundred years -- the good law for the help of the national guard by the national authorities. Any man who wears Uncle Sam's uniform ought to have a good weapon. I am glad that now we are going to see to it that the national guard has good weapons.

I never want to see again what happened in '98, my comrades, you of the Spanish war, when some of our men were put with black powder muskets against men with the highest type of modern weapon. You might as well have given our men crossbows as that weapon.

Of course, a poor man with a good weapon will be beaten by a good man with a club; but if there is anything like equality the weapon tells; therefore, afloat and ashore I wish to see our men have the right type of weapons.

I have only time to greet you in these few words. I want to say what a pleasure it is to see you. I believe in you with all my heart. I believe in the future of this country; because I think our average citizen has in him the qualities of courage, of decency and of common sense. (Cheers and applause)."

At 2:30 P.M., the President and his party were accompanied back to the train depot where his train was switched and ready to start for Joliet. Better weather could not have been ordered for the occasion.

I also wanted to include a city map of the vicinity of how the streets and areas looked like in Aurora, this is from the 1902 city directory. You may need to zoom in to see the street names a bit better.

I hope you all enjoyed this really neat story of Teddy Roosevelt's trip to Aurora, IL! 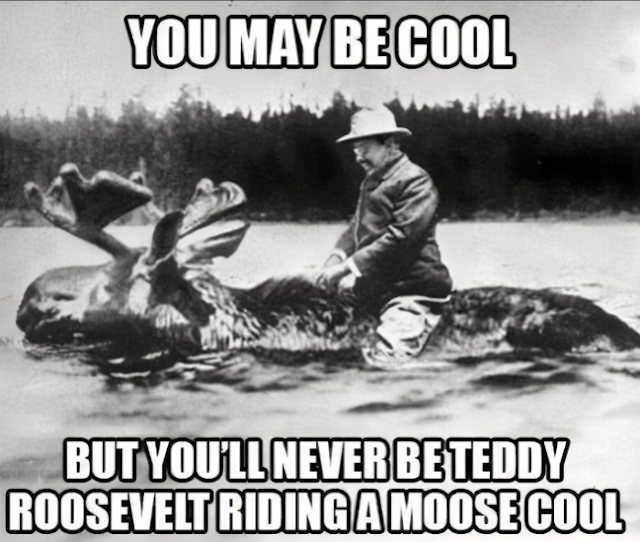